The Philippines is the largest and most important market for U.S. dry beans, peas, lentils, and chickpeas in Southeast Asia.  It is also one of the largest markets in the world for Great Northern Beans and dry green peas, which are used by canners to produce baked beans and snack makers for fried pea snacks.  In the past 5 years, U.S. exports of dry beans, peas, lentils, and chickpeas have averaged almost 21,000 MT at a value of US$ 11.3 annually.

On March 6, 2022, the local representative of the U.S. Dry Bean Council (USDBC) and the USA Dry Pea and Lentil Council (USADPLC) were informed by an importer that the Bureau of Plant Industry (BPI) had unexpectedly issued a new condition for obtaining an import permit for pulse imports.  The new condition made the fumigation of shipments of pulses from all sources a pre-entry condition along with the Phytosanitary permit.  Previously, shipments from Canada and the U.S. were not required to undergo fumigation.  This new condition applied to shipments in transit as well as future orders.  It would raise the cost of U.S. shipments as well as create uncertainty about whether orders that were currently in transit would be allowed entry into the country.  The local representative immediately notified the U.S. Agricultural Affairs Office in the Philippines (FAS Manila) and the head offices of the USDBC and USADPLC.

On March 9, the local representative virtually met with FAS Manila and the Animal and Plant Health Inspection Service (APHIS),  Both were well-informed about the rule and had already made it clear to the BPI staff that the lack of consultation was creating serious negative trade impacts and the added costs threatened to limit U.S. supplies and increase costs to Philippine consumers.  They also indicated that there was a precedent for BPI to rescind these rules under a “grandfathering” clause.  APHIS reported that they had already requested a meeting with BPI to discuss the new condition and it was agreed that APHIS would ask BPI to reconsider this new pre-entry condition at that meeting. 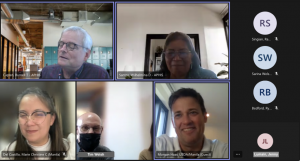 USDBC and USADPLC worked with U.S. exporters and local importers to determine the number of containers of U.S. pulses in transit when the new condition was added and the volume of pulses with a confirmed sailing date.  Key local importers revealed that 106 shipping containers of U.S. pulses, valued at US$1,661,540 were scheduled for delivery to the Philippines in March and April 2022.  This information was forwarded to FAS and APHIS as well as additional information on required-entry procedures on March 11.

On March 16, the USDBC/USADPLC representative was informed by FAS Manila that BPI would remove the fumigation pre-entry condition and this would also apply to shipments that are in transit.  Shortly after, an importer applied for an import permit online and informed the representative that the fumigation condition was indeed removed from the system.  This success resulted from strong teamwork by FAS Manila, APHIS, the USDBC, and USADPLC.