Since regaining access to the Chinese market in late 2019, USAPEEC has utilized MAP funding to re-introduce U.S. poultry products to the trade, importers, meat processors, and HRI representatives and build long-term trust.

Through video presentations by the USAPEEC President & CEO at trade conferences, culinary competitions, sampling events, chef demonstrations in several cities, and participating in ATO activities, awareness of U.S. poultry increased, and U.S. products were differentiated from competitors. As a result, China led all other markets in the value and volume of U.S. paw exports for the year, an awe-inspiring accomplishment because the market only opened to the United States in November of 2019 and did not operate at total capacity until spring 2020.

U.S. broiler export value to China in 2020 reached a record of nearly $270 million, and chicken paws climbed to almost $460 million. The Chinese demand for paws has brought a huge financial benefit to U.S. chicken producers. Without it, U.S. companies would have no alternative but to sell paws to renderers for pennies on the pound. Instead, in China, they command an average price of nearly $1.10 per pound. The volume of paw exports to China has exceeded what was anticipated and is more than triple what it was in 2014, the last year China allowed U.S. chicken imports before imposing a ban that was removed in 2019. The value of paw exports now is about six times what it was in 2014, from $94.5 million to almost $697 million in 2021. China accounted for just over 14 percent of U.S. total poultry exports globally. 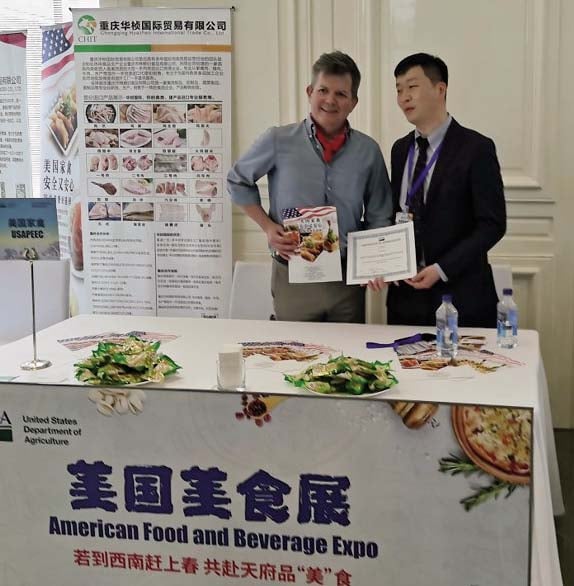