The U.S. Grains Council has identified Southeast Asia’s aquaculture industry as a
growing and high-potential destination for member products such as distiller’s dried
grains with solubles (DDGS). This is a new market segment for the Council, and the
Southeast Asia office is taking the lead in engaging it on behalf of the organization’s
global engagement with the sector.

The Food and Agriculture Organization’s State of Fisheries
and Aquaculture (SOFIA) 2020 report forecasts total fish
production to rise from its current level of 179 million metric
tons (MMT) to around 204 MMT by 2030. Aquaculture
contributes more than 50 percent of this production, and its
share is forecasted to rise. Southeast Asia produces 1.7 MMT
of shrimp, equivalent to approximately 45 percent of global
production. Indonesia, the Philippines, Vietnam, and Thailand
are among the top 10 producers of tilapia globally, contributing more than three MMT annually. Additionally,
Vietnam is the largest producer of pangasius in the world,
contributing 1.4 MMT annually.

The office organized and executed a large regional virtual aquaculture event in
November 2021 for attendees throughout Southeast Asia. Aqua Talk covered many of
the aquaculture industry’s hot topics, including the supply and demand threats to the
market and how DDGS inclusion provides solutions to these threats. The event was
extremely well-received by key industry stakeholders across the region. The Council was
able to answer questions during the webinar and follow up with customers after, gaining
valuable insights into the needs and wants of their operations.

In 2021, the Council also concluded feed trials evaluating the use of conventional DDGS
and its impact on the growth and health conditions of shrimp reared in commercial
ponds. Results indicated that corn-based DDGS could be used as an alternative
ingredient in shrimp diets for up to 15 percent. Because of underlying market conditions,
the Council also found an overall decrease in diet cost when including DDGS at 15
percent.

Feedback from programming in Southeast Asia underscores that market development
efficacy in aquaculture is significantly correlated with the availability of data and
information to buyers on the nutritional benefits of DDGS in aquaculture feed production.

In the Council’s latest survey conducted in early 2022, it concluded 229 TMT of DDGS
were sold to 15 different aquafeed companies across the region in 2021, valued at $56.1
million. The Council has set regional aquaculture inclusion targets at 15 percent, which
will translate into 1.125 MMT of annual DDGS demand valued at $275.6 million dollars
per year. The Council invested $12,000 of Market Access Program (MAP) funds and
$100,000 in Agriculture Trade Promotion (ATP) program funds to support this work. As a
result, target customers increased purchases of DDGS by 229 TMT, valued at $56.1
million dollars, a return on investment of $500 per $1 of MAP and ATP funds invested. 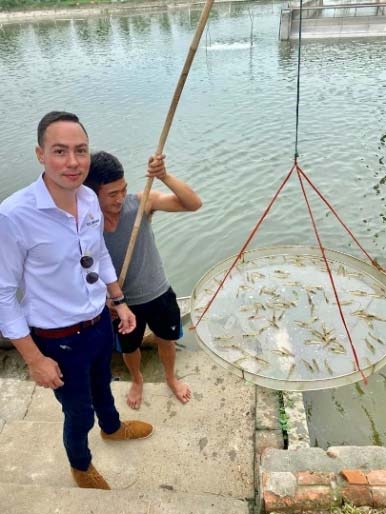 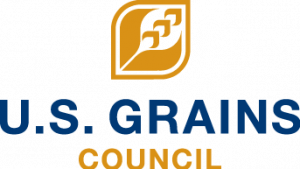