Years One and Two of the television campaign were funded by ATP with Year Three funded by MAP. In October and November 2021, 424 commercials aired across a variety of television platforms including news, lifestyle, drama, and comedy. Primary grocery shoppers were reached in the Tokyo, Osaka, and Nagoya regions with a reach of 308,273,340 impressions. The commercials provided incentive to the trade and resulted in the expansion of retail promotional programs.

A usage tracking study in Japan¹ in 2021 revealed several positive results compared to a study conducted in 2018² , before the television advertising began. In 2021, shoppers reported a 15 percent increase in fresh California grapes purchased once per week or more; and of those who reported they had heard of grapes from California, 2021 results showed an increase of 17.6 percent who reported having purchased fresh Grapes from California during the past three months.

This is a noteworthy improvement, and it benefits the mostly small, multi-generational table grape growing businesses and their employees. Per USDA Economic Research Services, in 2020 agricultural exports supported 1,133,200 full-time jobs, including 439,500 in the farm sector. ATP funding has helped the industry work force, especially as businesses have had to navigate the pandemic, and helped maintain jobs in the rural areas where growers are based. 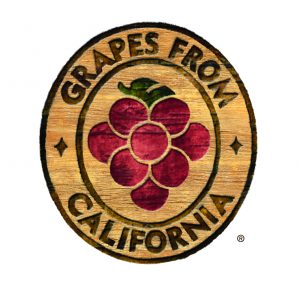