Developing a Pulses for Health Alliance

Mexico is one of the largest producers of dry beans in the world. It is also a major buyer of dry beans, especially from the United States, as beans are a staple food in the country. Annual imports from the U.S. range from 100,000 – 200,000 MT, depending on local

production. Mexican consumers appreciate the qualities of U.S. dry beans as they are cleaner from packaging to the pot, cook faster and provide good quality over those from other origins.

The average annual consumption of dry beans in Mexico in the past decade has been in the neighborhood of 900,000 – 1,000,000 MT. However, urbanization has encouraged consumers to move away from traditional to convenient cooking methods and foods. This has contributed to a decline in the consumption of dry beans, as they require a relatively long soak and cook time.

Mexico is also one of the countries in the world with high obesity rates among adults and children. An important initiative of the Government of Mexico to address this issue is “front of the pack labeling” for harmful ingredients to motivate consumers to decrease their consumption of products with a high content of sodium, sugar, saturated fats, and calories.

Mexico’s obesity and related health problems, a lack of consumer knowledge of the strong health benefits of U.S. dry beans, and the recent decline in consumption encouraged the USDBC to develop an educational program on the health benefits of dry beans and other pulses, using Global Broad-based Initiative funds (GIB) in partnership with the USA Dry Pea and Lentil Council. The main objective of the program is to increase consumption and U.S. exports by informing and educating consumers about the nutritional qualities and benefits of pulses.

The focus of the program is two-fold. The first is to form an “Alliance for Health” to recruit and train working groups that can spread the word to the general public on the health benefits of pulses. Targeted members of the Alliance include: 1) academics, 2) public and private health organizations/health professionals, and 3) member of the food industry, including the traditional trade, importers, food manufacturers, and food service providers in Mexico and other parts of South America and the Caribbean. The second component is a social media campaign targeting consumers.

The Pulses for Health Alliance (PFHA) was launched in October 2021 via a virtual seminar. The launch was a “call to action” to recruit allies among the target groups to help promote the consumption of and benefits of pulses. Among the notable presenters was FAO’s Regional Food Safety Policy LATAM & Caribbean Director, Ms. Daniela Godoy, who spoke on the critical situation of malnutrition and food insecurity in the region. The “Pulses for Health” logo was also showcased to be used by importers, snack manufacturers, and other food processors using U.S pulses.

Accomplishments of the project to date include:

• 699 participants from throughout Mexico, South America, and the Caribbean participated in the launch event;

• 3 companies, including s chickpea snack manufacturer, a U.S. pulse retail packager, and a U.S. pulse importer and packager in Mexico have already

incorporated the wording “Alianza Leguminosas para la Salud” (Pulses for Health Alliance) into their product branding and two have added the PFHA logo to their packaging. 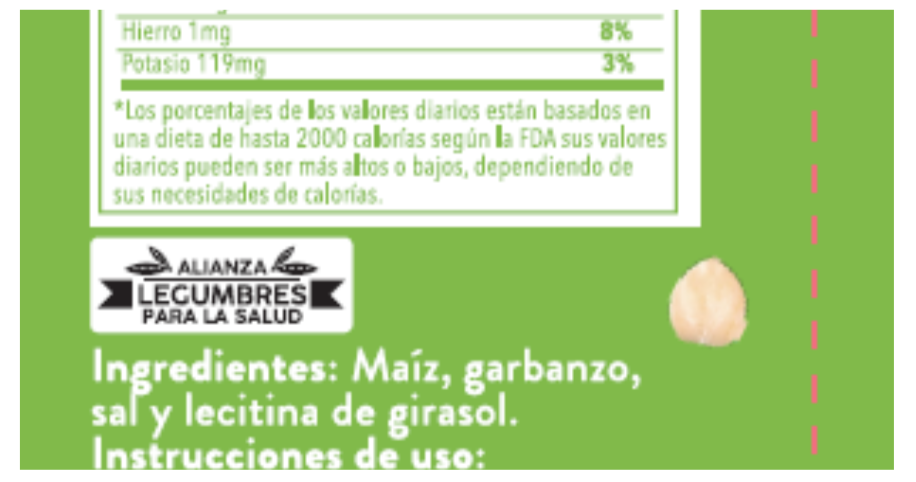 The Pulse for Health Alliance program will continue in 2022, with the further recruitment of allies to use the PFHA logo and promote the consumption of pulses, in-person training workshops with allies and members of the workgroups, and an expanded social media campaign.