U.S.-origin pulses are currently not sufficiently differentiated and valued for their superior quality, and health and environmental benefits among food professionals and consumers in Europe.  To remedy this situation, the U.S. Dry Bean Council (USDBC) launched a LegumeChef social media marketing campaign to additional countries in Europe to spread the message of the high quality of U.S. dry beans to food professionals and consumers, and to position U.S. dry beans with professional chefs as the preferred choice among experts.  Similarly, while it is widely understood within the industry that dry beans are a product with strong health, environmental, and climate benefits, this is less known among consumers and industry professionals.

The LegumeChef marketing campaign has been operating in Spain, Italy, and Portugal for many years.  It has reached hundreds of food service and other industry professionals, via a website, Facebook, and Instagram, showcasing new recipes with U.S. dry beans as well as providing chef training via in-person and digital master classes. The campaign grew in importance during the COVID-19 pandemic due to the difficulties involved in conducting traditional face-to-face trade servicing and training.

In late 2020, the LegumeChef campaign was expanded to the U.K, Belgium, and the Netherlands using Market Access Program funding.  Its success in the U.K. has grown rapidly, gaining 2,928 new followers and reaching 314,325 Facebook and Instagram accounts to date.  The Belgian and Dutch programs have also performed well, with 210 new followers since their launch and 343,000 accounts reached.  This expansion and the resulting exposure were especially important in light of the 25% tariffs on imports of U.S. dry beans into the U.K. and EU.

The following were among LegumeChef’s most successful activities in the U.K. in 2021.

These partnerships allowed the LegumeChef campaign to reach new audiences in the U.K., with 13,666 accounts reached and 106 visits to the LegumeChef Instagram and website.  Eight influencers participated in Chef Juan’s master class, with 9 pieces of influencer media coverage resulting. 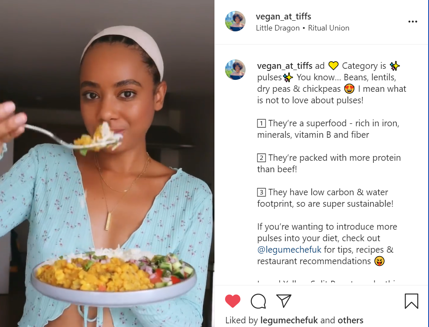 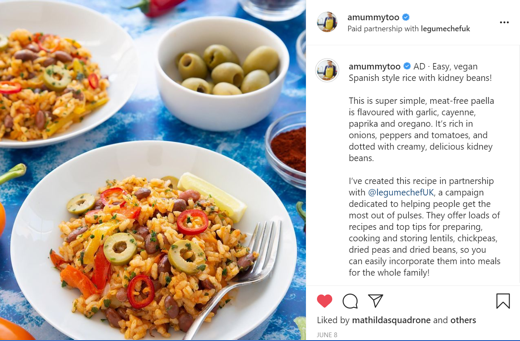 MAP funding has thus been crucial to promoting the consumption of beans across key European markets, teaching consumers about their health and environmental benefits. Skillful uses of partnerships with influencers have allowed LegumeChef to reach demographics who might not already be cooking with dry beans, broadening their appeal to these segments. Going forward, MAP funding will remain vital to further expand and grow the LegumeChef campaign and promote US dry bean exports to Europe.